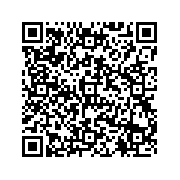 This section contains non-normative information, including topics about new features in DITA 1.3 and migrating from DITA 1.2 to DITA 1.3.