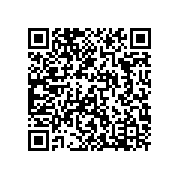 The <taskbody> element is the main body-level element inside a task topic. A task body is designed to contain information specific to completing a task, such as prerequisites, contextual information, and steps. DITA 1.2 introduced a much looser <taskbody> content model in order to allow for more variations in the structure of a task. A constraint module was also provided in order to maintain compatibility with the previous strict model; this constraint is used in the default task distributed by OASIS.

Beginning with DITA 1.2, the DTD and Schema packages distributed by OASIS contain two task models. The general task model allows two additional elements inside the task body (<section> and <steps-informal>); it also allows multiple instances and varying order for the <prereq>, <context>, and <section> elements. The strict task model maintains the order and cardinality of the DITA 1.0 and 1.1 <taskbody> content model. This strict task is implemented with a constraint module.

Authors that use the default task DTD or Schema provided by OASIS will continue to see the strict task model when upgrading to DITA 1.2 or DITA 1.3. Authors wishing to use the general task model will need to migrate their DITA 1.1 documents to reference the general task document type shell.

Task specializations that specialize the <taskbody> element will not be affected by the new model, although they can be updated as needed to take advantage of the new elements.