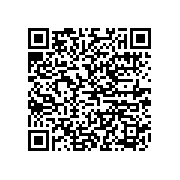 This section collects commonly used attributes, with common definitions. If an element uses a different definition, or narrows the scope of, an otherwise common attribute, it will be called out in the topic that defines the element.