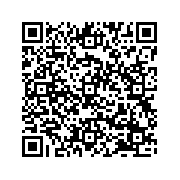 When resolving conrefs, processors need to combine the attributes that are specified on the referencing and referenced element.

The attribute specifications on the resolved element are drawn from both the referencing element and the referenced element, according to the following priority:

If the referenced element has a @conref attribute specified, the above rules should be applied recursively with the resolved element from one referencing/referenced combination becoming one of the two elements participating in the next referencing/referenced combination. The result should preserve without generalization all elements that are valid in the originating context, even if they are not valid in an intermediate context.

For example, if topic A and topic C allow highlighting, and topic B does not, then a content reference chain of topic A-to-topic B-to-topic C should preserve any highlighting elements in the referenced content. The result, however it is achieved, must be equivalent to the result of resolving the conref pairs recursively starting from the original referencing element in topic A.