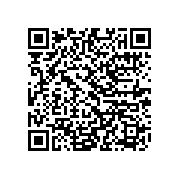 Element-by-element recommendations for translators: Base edition

This topic contains a list of all OASIS DITA elements that are available in the edition. It includes recommendations on how to present the element type to translators, whether the element contents are likely to be suitable for translation, and whether the element has attributes whose values are likely to be suitable for translation. Examples of content that is not suitable for translation include code fragments and mailing addresses.
Since the distinction between block and inline elements is ultimately controlled by the container of the element and the processing associated with it, the same element might be a block in one context and an inline element in another. Specializing document types might vary this behavior according to the needs of the document type being created, and the distinctions given below are provided only as a guide to known behavior with the base DITA document types.

Notes on the tables below

As of DITA 1.2, the @navtitle attribute is deprecated, for translation purposes, in favor of the new <navtitle> element. The <navtitle> element is also available in topics, and is included in the topic table above.

As of DITA 1.2, the @navtitle attribute is deprecated, for translation purposes, in favor of the new <navtitle> element.

The @navtitle attribute is deprecated, for translation purposes, in favor of the <navtitle> element.

The DITAVAL elements are not specialized, and are not rendered on their own, so related columns are dropped from this table. There are no translatable attributes in the DITAVAL element set.

As of DITA 1.2, the only element that directly contains text for translation is <alt-text>.