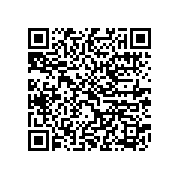 Identifies a value in the @rev attribute that should be flagged in some manner. Unlike the other conditional processing attributes, which can be used for both filtering and flagging, the @rev attribute can only be used for flagging.
It is an error to include more than one <revprop> element with the same @val attribute setting. Recovery from this error is implementation dependent; in such cases processors MAY provide an error or warning message.
When no alternate text is specified for a revision flag, the default alternate text for <revprop> start of change is a localized translation of "Start of change", and the default alternate text for <revprop> end of change is a localized translation of "End of change".
The @rev attribute identifies when a particular section of a document was added in the lifetime of that document. The attribute is not considered a filtering attribute because this is not sufficient to be used for full version control, such as single-sourcing multiple product variants based on version level – it only represents one aspect of the revision level.

See the example in the <val> description.

The following attributes are available on this element:

@val
The value to be acted upon. If the @val attribute is absent, then the <revprop> element declares a default behavior for any value in the @rev attribute.
@action (REQUIRED)
The action to be taken. Allowable values are:

include
Include the content in output without flags. This is the default behavior unless otherwise set.
passthrough
Include the content in output, and preserve the attribute value as part of the output stream for further processing by a runtime engine, for example runtime filtering based on individual user settings. The value should be preserved in whatever syntax is required by the target runtime. Values that are not explicitly passed through should be removed from the output stream, even though the content is still included.
flag
Include and flag the content on output (if the content has not been excluded).

If flag has been set, the text styles to use for flagged text. This attribute can contain multiple space-delimited tokens. The following tokens SHOULD be processed by all DITAVAL processors:

In addition, processors might support other proprietary tokens for different types of styling. Such tokens SHOULD have a processor-specific prefix to identify them as proprietary. If a processor encounters an unsupported style token, it MAY issue a warning, and MAY render content flagged with such a style token using some default formatting.

If flag has not been set, this attribute is ignored.