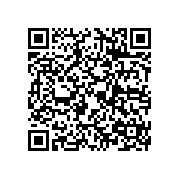 The <index-see> and <index-see-also> elements are domain specializations of the <index-base> element, and are discussed in detail with the indexing domain.

Index range indications can occur in the <topicmeta> of a <topicref> at the map level, in the prolog of a topic, or in the body of a topic, and are interpreted as follows (see Index ranges for samples):

When index ranges with the same identifier overlap, the widest range applies, and end ranges are matched with start ranges by last-in-first-out. In other words, the ranges are interpreted as nested rather than overlapping with the highest-level container taking precedence over narrower contained ranges.

As defined above, there is no such thing as an index range start that isn't terminated by either a matching end or some maximum scope. There can, however, be unmatched index range end indications; these are ignored.

The previous sample is equivalent to the following sample:

In each case, a generated index would include something like the this:

A simple index range will look something like this:

The previous combination of terms will generate a top-level index term for "Cheese" that covers a series of pages, such as:

Specifying a range for nested terms is similar. In this sample, the range is specified for the tertiary index entry "pecorino":

The generated index for that range would look something like this:

There are three locations that can declare a range - the body of a topic, the prolog of a topic, and a map.

All the elements in the highlighting domain are specializations of <ph>.

The following attributes are available on this element: Universal attribute group, @keyref, and the attributes defined below.