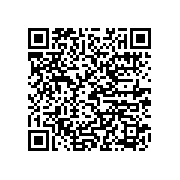 The <reltable> element is a relationship table that specifies relationships among topics, based on the familiar table model of rows (<relrow>), columns (<relheader>), and cells (<relcell>).

On output, links should be added to topics that are in the same row, but not in the same cell. This allows simple maintenance of parallel relationships: for example, in this case, batcaring.dita and batfeeding.dita are two tasks that require the same supporting information (concept and reference topics) but might otherwise be unrelated. When topics in the same cell are in fact related, the cell's @collection-type attribute can be set to family. If some cells or columns are intended solely as supporting information and should not link back to topics in other cells, you can set the @linking attribute on the <relcell> or <relcolspec> to "targetonly".

Although such tables can initially take some time to learn and manipulate, they are inherently an efficient way to manage these links. In particular, they increase the prospect for reuse among topics, because those topics do not contain context-specific links. A relationship table also makes it easy to see and manage patterns; for example, the fact that batfeeding.dita and batcaring.dita have the same relationships to supporting information is clear from the table, but would require some comparison and counting to determine from the list summary just before this paragraph.

The following attributes are available on this element: Universal attribute group, Attributes common to many map elements (without the @keyscope attribute, and with a narrowed definition of @toc, given below), @outputclass, and the attributes defined below. This element also uses @type, @scope, and @format from Link relationship attribute group.

@toc
Specifies whether a topic appears in the table of contents (TOC). If the value is not specified locally, but is specified on an ancestor, the value will cascade from the closest ancestor. On this element the default value for @toc is "no". See Attributes common to many map elements for a complete definition of @toc.
@title
An identifying title for this element.