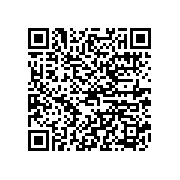 The DITA @conref, @conkeyref, @conrefend, and @conaction attributes provide mechanisms for reusing content within DITA topics or maps. These mechanisms can be used both to pull and push content.

This topic uses the definitions of referenced element and referencing element as defined in DITA terminology and notation.

A fragment of DITA content, such as an XML document that contains only a single paragraph without a topic ancestor, does not contain enough information for the conref processor to be able to determine the validity of a reference to it. Consequently, the value of a conref must specify one of the following items: