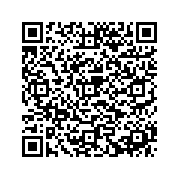 Cascading of roles from map to map

When specialized <topicref> elements (such as <chapter> or <mapref>) reference a map, they typically imply a semantic role for the referenced content.

Unless otherwise instructed, a specialized <topicref> element that references a map supplies a role for the referenced content. This means that, in effect, the @class attribute of the referencing element cascades to top-level topicref elements in the referenced map. In situations where this should not happen - such as all elements from the mapgroup domain - the non-default behavior should be clearly specified.

In some cases, preserving the role of the referencing element might result in out-of-context content. For example, a <chapter> element that references a bookmap might pull in <part> elements that contain nested <chapter> elements. Treating the <part> element as a <chapter> will result in a chapter that nests other chapters, which is not valid in bookmap and might not be understandable by processors. The result is implementation specific; processors MAY choose to treat this as an error, issue a warning, or simply assign new roles to the problematic elements.