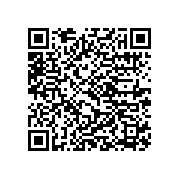 Conformance to the DITA specification allows documents and document types that are used with different processors or different versions of a processor to produce the same or similar results with little or no reimplementation or modification.

A DITA implementation can consist of any combination of processing components that claim DITA awareness, custom vocabulary and constraint modules, or custom document-types shells.

For example, a DITA implementation might be a DITA-based authoring and publishing system within an enterprise; a task-specific product, such a DITA-aware XML editor or component management system; or a set of specialization and constraint modules that are packaged for integration with larger implementations.

Implementations that include some (but not all) DITA features are considered conforming as long as all of the features that are included follow the requirements that are given in the DITA specification.

A conforming DITA document is a document that meets all of the following criteria:

A given processor might provide some or all of this function. For example, a DITA-aware editor that includes the ability to generate print versions of DITA documents represents both a final-form processor and an editing processor. Likewise, a content or component management system might tightly integrate final-form DITA processors. Each processor type might have different conformance requirements, even though the processors are part of a single product or package.

For example, a specialization-aware processor that produces final-form output need not provide special presentation results for glossary entry topics, but it must implement resolution of key-based references to glossary entry topics from <keyword> or <term> elements, because address resolution is both required and not vocabulary specific.

Processors that store, manage, or edit DITA documents might not implement specific features that would be required for final-form processing. However, such processors MUST enable the creation or storage of DITA documents that use all DITA features, even if the processor is not aware of the DITA semantics for those features.