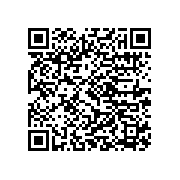 The <stepsection> element provides expository text before a <step> element. Although the element is specialized from <li> and has the same content model as a list item, it is not intended to represent a step in a task.

The sample above would typically be rendered with "Get out a bowl" as step number one, "Put on safety gloves" as step number two, and "The next two steps are very important!" as an unnumbered item in between the first two items.

The following attributes are available on this element: Universal attribute group and @outputclass.