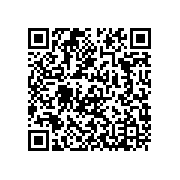 Task topics answer "How do I?" questions, and have a well-defined structure that describes how to complete a procedure to accomplish a specific goal. Use the task topic to describe the steps of a particular task, or to provide an overview of a higher-level task. The task topic includes sections for describing the context, prerequisites, actual steps, expected results, example, and expected next steps for a task. For more details on when to use task and other information types, please refer to the DITA architectural specification.