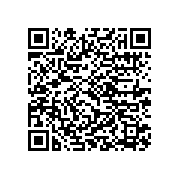 The <glossAcronym> element defines an acronym for the term that is defined in the <glossterm> element.

Several issues arise when acronyms are translated into other languages. For example, an acronym in one language might not have an equivalent in another language. When acronyms are first displayed, some languages will display the expanded form first followed by the acronym in parenthesis, while other languages do the reverse. For some acronyms, a translation might need to render both the original and the translated version of the acronym. For all of these reasons, DITA allows an author or translator to control what is presented to a reader by using the <glossSurfaceForm> element, which will often accompany the <glossAcronym>. The <abbreviated-form> topic contains information on how the <glossSurfaceForm> and <glossAcronym> elements affect references to the primary term.

See the example in <glossentry>.