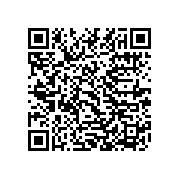 About the specification source

The DITA specification is authored as a DITA content set and published using the DITA Open Toolkit. It is an example of a complex document that is developed by a team of people and uses many DITA features, including key references (keyrefs) and content references (conrefs).

As a convenience for readers, the DITA specification is published in several packages which contain different combinations of required and optional modules. The ability to easily define, manage, and publish these packages is a result of using DITA for the specification source. The source files for the DITA specification are managed in a version control repository that is maintained by OASIS; they also can be downloaded from OASIS.

Add link to URL where the DITA source can be downloaded.
Update this topic to reflect the following:
Next topic: DITA terminology and notation
Parent topic: Introduction to DITA