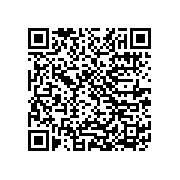 This section outlines the requirements that must be met in order for documents, document types, vocabulary and constraint modules, and processors to be considered DITA conforming. This section also defines conformance-related terminology and categories.

Conformance to the DITA Specification allows documents and document types that are shared within and across organizations and used with different processors or different versions of a processor to produce the same or similar results with little or no reimplementation or modification.

The key words "must," "must not," "required," "shall," "shall not," "should," "should not," "recommended," and "optional" in the DITA Specification are to be interpreted as described in IETF RFC 2119: Key words for use in RFCs to Indicate Requirement Levels.

The use of these key words and other conformance requirements increase the level of interoperability that is available between DITA conforming implementations. Their use is not meant to impose particular methods on implementers where the method is not required for interoperability.

Documents, document types, document type shells, vocabulary and constraint modules, and processors that implement the requirements given in the OASIS approved DITA Specification are considered conforming.

A "DITA implementation" may consist of any combination of processing components that claim DITA awareness, custom vocabulary and constraint modules, and custom document types shells.

For example, a DITA implementation may be a DITA-based documentation authoring and production support system within an Enterprise, a task-specific product, such a DITA-aware XML editor or component management system, or just a set of specialization and constraint modules packaged for integration with larger implementations.

Implementations that include some DITA features, but not others, are considered conforming as long as all required features relevant to the implementation are included and all of the features that are included follow the requirements given in the DITA Specification.

Processors that are not DITA-aware (as defined here) are not considered conforming, but may still be useful when working with DITA.

A document is a conforming DITA document if it all of the following criteria are met:

Conformation of document types and modules

A vocabulary or constraint module is a conforming module if it conforms to the requirements for its module type.

The conformance of processors can only be determined for processors that claim to be "DITA aware".

Specialization-aware is a further, more-demanding class of processor that is able to handle any document specialized from some set of supported vocabulary modules and with, possibly, the required use of specific constraint modules.

The most complete DITA implementations are "fully DITA aware" processors that support all base vocabulary modules without constraint, which implies support for all non-vocabulary-specific DITA features, such as content references and key references.

While there are many possible processor types, DITA-aware processors can be classified generally into those that produce some sort of final form output from DITA documents (e.g., publishing systems and tools, such as the DITA Open Toolkit) and those that store, manage, or edit DITA documents (e.g., DITA-aware editors and content or component management systems). A given processor many provide any or all processing types.

For example, a DITA-aware editor that includes the ability to generate print versions of DITA documents represents both a final-form processor and an editing processor. Likewise, a content or component management system may tightly integrate final-form DITA processors. These different processor types may have different conformance requirements even though the processors are part of a single product or package.

Processors that store, manage, or edit DITA documents may choose to not implement specific features that would be required for final-form processing. However, such processors must enable the creation or storage of DITA documents that use all DITA features, even if the processor is not aware of the DITA semantics for those features.