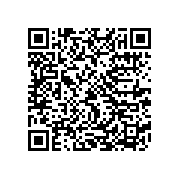 Like the DITA strict task document type, the general task document and information types contain the essential building blocks to provide procedural information. Both task information types answer the "How do I?" question by providing step-by-step instructions detailing the requirements that must be fulfilled, the actions that must be performed, and the order in which the actions must be performed. Both task topics include sections for describing the context, prerequisites, expected results, and other aspects of a task.

<section>
Represents an organizational division in a task topic. Sections organize subsets of information within the larger topic. Sections may not be nested. A section may have an optional title.
<steps-informal>
Describes procedural task information that would not normally be ordered as steps, such as a group of general procedures that may all be applied in a particular situation. Instead of <step>, the <steps-informal> element uses <ol> and <ul> elements, which are less strictly defined than the <step> element. When converting legacy content, it may be simpler to convert numbered lists to <ol> elements than to <step> elements.

The following DITA modules are provided for the task topic.