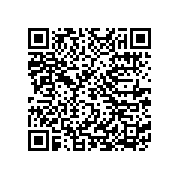 jeff ogden: wanted this in a new section of the spec rather than under common attributes. now done. Also questioned whether it was normative. Reviewed with TC, and confirmed: the ditaval format was not normative in 1.0, it is normative in 1.1. There was some old wording from 1.0 earlier that confused the issue, I've removed it.

Conditional processing code should provide a report of any attribute values encountered in content that do not have an explicit action associated with them.

Note on ditaval flagging of images