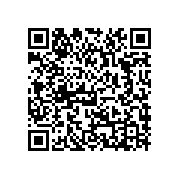 When applying DITA to new documentation representation and management requirements, an inherent challenge is determining whether or not all requirements can be met by a markup design that fully conforms to the DITA architecture. DITA imposes a few structural constraints that conforming documents must reflect, such as that all topics must have titles, that topic body content must be contained within a body element, that section elements cannot nest, and that element-type-specific metadata must be represented using elements, not attributes.

Typical reasons for requiring, or appearing to require, custom document types include:

In many of these cases it is in fact possible to define conforming DITA document types. These techniques should be explored fully before resorting to customized document types.

DITA markup is organized into domain and structural vocabulary modules so that authoring groups can easily select the markup subsets they require by creating new document type shells and, where necessary, new constraint modules.

The DITA constraint mechanism, new with DITA 1.2, makes it possible to configure the content models of individual elements from document type shells. This means you can optimize content models as needed to meet authoring requirements without directly modifying the base vocabulary modules as long as you only need to add constraints or eliminate optional elements, which is usually the case. Again, no specialization is required.

Most authoring optimization requirements can be met with a combination of document type shells and, where necessary, constraint modules when markup requirements are otherwise satisfied by available vocabulary modules.

Requirements for new markup often appear to be inconsistent or incompatible with DITA architectural rules or existing markup, especially when mapping existing non-DITA markup practice to DITA, where the existing markup may have used structures that cannot be directly expressed in DITA. For example, you may need markup for a specialized form of list where the details are not consistent with the base model for DITA lists.

In this case you have two alternatives, one that conforms to DITA and one that does not.

Specializing from more generic base elements, such as defining a list using specializations of <ph> or <p>, while technically conforming, may still impede interchange of such documents because generic DITA processors will have no way of knowing that what they see as a sequence of phrases or paragraphs or whatever is really a list and should be rendered in a listy way. However, your documents will be reliably interchangeable with conforming DITA systems.

Defining non-conforming markup structures means that the documents that use those structures cannot be conforming DITA documents as authored and therefore cannot be reliably processed by generic DITA-aware processors or interchanged with other DITA systems. However, as long as the documents can be transformed into conforming DITA documents without undue effort interchange and interoperation requirements can be satisfied as needed. This approach will often be needed when using content management systems to manage what is nominally DITA content where the content management system imposes requirements onto the content for whatever reason, such as to add its own markup for management metadata or because of implementation limitations.

Note that even if one uses the DITA-defined types as a starting point, any change to those base types not accomplished through specialization or the constraint feature defines a completely new document type that has no normative relationship to the DITA document types, and cannot be considered in any way to be a conforming DITA application. In particular, the use of DITA specialization from non-DITA base types does not produce DITA-conforming vocabularies.

Specialize from generic elements or attributes

Most DITA element types have necessarily relaxed content models specifically to allow a wide set of options when specializing from them. However, some DITA element types do impose constraints that may not be acceptable or appropriate for a specific markup application.

In that case, the first option to consider is choosing as your specialization base more generic base elements or attributes. Generic elements are available in DITA at every level of detail, from whole generic topics down to individual generic keywords, and the generic attribute base is available for attribute domain specialization.

For example, if you want to create a new kind of list but cannot usefully do so specializing from <ul>, <ol>, <sl>, or <dl>, you can create a new set of list elements by specializing nested <ph> elements. This new list structure will require specialized processing to generate appropriate output styling, because it is not semantically tied to the other lists by ancestry. Nevertheless, it will remain a valid DITA specialization, with the standard support for generalization, content referencing, conditional processing, and so forth.

The following base elements in <topic> are generic enough to support almost any structurally valid DITA specialization:

The following attributes in topic are suitable for domain specialization to provide new attributes that are required throughout a document type:

props
any new conditional processing attribute
base
any new attribute that is universally available, has a simple syntax (space-delimited alphanumeric values), and doesn't already have a semantic equivalent

You should specialize from the semantically closest match whenever possible. When some structural requirement forces you to pick a more general ancestor, please inform the technical committee: over time a richer set of generic elements should become available.

Map from customized document type to DITA during preprocessing

Structural and domain specialization of elements or attributes may not be sufficient for some authoring requirements. In particular, specialization cannot split or rename attributes, and an element cannot be renamed without also specializing its container.

In such cases, it may be possible to transform a customized document type to a standard DITA document type during the publishing process.

For example, if an authoring group requires the <p> element to be spelled out as <paragraph>, the document type could be customized to change <p> to <paragraph> for authoring purposes. Documents so created can then be preprocessed to rename <paragraph> back to <p> before feeding them into a standard publishing process.

The type modules should not be edited to create a customized document type. Instead, a document-type shell can provide new definitions of DITA entities, including entities for attributes and content models. The new definitions override entity definitions in the module files before they are imported.

Customized document types do not conform to the DITA standard. Preprocessing can ensure compatibility with existing publishing processes, but does not ensure compatibility with DITA-supporting authoring tools or content management systems. However, when an implementation is being heavily customized in any case, a customized document type can help isolate and control the consequences of non-standard design in a customized implementation.