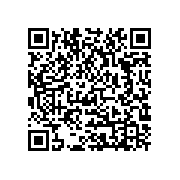 Metadata in maps and topics

Topic metadata can be specified in a DITA map as well as in the topics that the map references. By default, metadata in the map supplements or overrides metadata that is specified at the topic level, unless the @lockmeta attribute of the <topicref> element is set to "no".

Where metadata about topics can be specified

At the map level, properties can be set by using metadata elements. They can be set for an individual topic, for a set of topics, or globally for the entire document. The metadata elements are authored within a <topicmeta> element, which associates metadata with the parent element, plus the other children of that element. Because the topics in a branch of the hierarchy typically have some common subjects or properties, this is a convenient mechanism to set properties for a set of topics. For example, the <topicmeta> element in a <relcolspec> can associate metadata with all the topics that are referenced in the <reltable> column.

In a topic, the metadata elements apply to the entire topic. In a map, they supplement or override any metadata that is provided in the referenced topics. When the same metadata element or attribute is specified in both a map and a topic, by default the value in the map takes precedence, on the assumption that the author of the map has more knowledge of the reusing context than the author of the topic had. The @lockmeta attribute on the <topicmeta> element controls whether map-specified values override values in the referenced topic.

Do we need examples that illustrate what is discussed earlier in this topic? The extant example really illustrates an edge case, rather than the basic principles.
Discussion from review #3:

At the topic level, the content of the prolog metadata elements can provide more information about the values that are used for attributes on the elements in the body of the DITA topic. However, prolog metadata and attribute metadata also can be used and expressed independently. The coordination shown here is possible but is not required.

In the preceding example, the attribute value AdminNovice is associated with the audience element with the same name, which gives authors and processes more information about the audience in question: in this case, that the "AdminNovice" audience consists of administrators who are customizing and who are new at it.