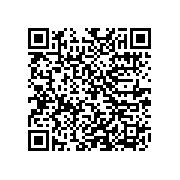 In the case of a reference to a DITA resource, an href value consisting of a URI with no fragment identifier resolves to the document element in the referenced document. For the purposes of rendering, such as when a topicref reference to a DITA document is used to render the content as HTML, this means that all topics (and topic specializations) in the target document are included in the reference. For the purpose of linking, the reference resolves to the first (or only) topic (or topic specialization) in the document.

Note that certain characters (including, but not limited to, #, ?, \, and space) are not permitted unescaped within URIs. Such characters must be percent-encoding (per RFC 3986) if there is a need to represent them within a string that is a URI. Also note that the “&” (ampersand) and “<” (greater than) characters are not permitted in XML attribute values, so they must be represented by appropriate character or entity references if there is a need to represent them within such a string. (Some tools may do the required encoding on the user's behalf while others may require the user to avoid the special characters or perform the encoding manually.)

Some examples of common href syntax in DITA include the following. Note that these examples represent only a few common scenarios, and are not all inclusive.