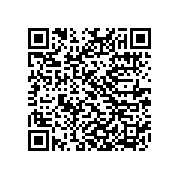 An <index-see-also> element within an <indexterm> redirects the reader to another index entry that the reader should reference in addition to the current one.

In addition to its "see also" redirection, an index-see-also functions as a pointwise indexterm, thereby typically generating a page reference as well as the "see also" indication.

It is not an error for there to be multiple index-see-also elements for a single index entry.

The following example illustrates the use of an <index-see-also> redirection element within an <indexterm>:

This will typically generate a page reference to "Carp" and a redirection:

The following example illustrates the use of an <index-see-also> redirection element to a more complex (multilevel) <indexterm>:

This is part of the indexing markup that might generate index entries such as: