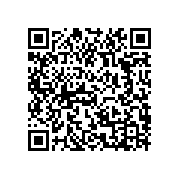 Values for the @class attribute must conform to the following syntax requirements:

When a vocabulary module declares new element types, it must provide a @class attribute for each element type that it declares. The @class attribute must include a mapping for every structural type or domain in the specialized type's ancestry, even those in which no element renaming occurred. The mapping must start with the value for the base type (for example topic or map), and finish with the current element type.

A vocabulary module must not change the @class attribute for elements that it does not specialize, but simply reuses by reference from more generic levels. For example, since task, bctask, and guitask use the <p> element without specializing it, they must not declare mappings for it.

The @class attribute should not be modified by authors.

The @class attribute for the task topic type's <step> element is:

While a given element's tagname is normally the same as the typename of the last token in the @class value, this is not required. Processors that perform generalization may transform elements from specialized types to less-specialized types, leaving the values of the @class attribute unchanged (thus preserving knowledge of the original most-specialized form). For example, if a user runs a generalizing transformation that maps all elements to their first @class value, but preserves their content and attribute values, then the user can follow it up with a "specialize" transformation that maps all elements to their last @class value (preserving content and attribute values), and provide a full round trip for all content between the two document types, using nothing but two generic transformations and the information in the @class attribute.

The sequence of values in the @class attribute is important because it tells processors which value is the most general and which is most specific. This is especially important for "specializing" transformations, where you can apply a general rule that says: if the element doesn't have a mapping to the target topic type, simply use the last value of the @class attribute (and assume that the specialized topic type is reusing some general element declarations, which only have mappings for the level at which they were declared).

The intermediate values are necessary so that generalizing and specializing transformations can map values simply and accurately. For example, if task/keyword was missing as a value, and a user decided to generalize this guitask up to a task topic, then the transformation would have to guess whether to map to keyword (appropriate if task is more general than guitask, which it is) or leave it as windowname (appropriate if task were more specialized, which it isn't). By always providing mappings for more general values, processors can then apply the simple rule that missing mappings must by default be to more specialized values than the one we are generalizing to, which means the last value in the list is appropriate. For example, when generalizing <guitask> to <task>, if a <p> element has no target value for <task>, we can safely assume that <p> does not specialize from <task> and should not be generalized.