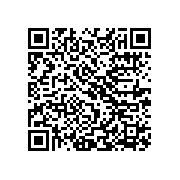 When a DITA map (or branch of a DITA map) is referenced by another DITA map, by default, certain rules apply. These rules pertain to the cascading behaviors of attributes, metadata elements, and roles assigned to content (such as the role of "Chapter" assigned by a <chapter> element). Attributes and elements that cascade within a map generally follow the same rules when cascading from one map to another map; this topic covers the exceptions and additional rules that apply.

Cascading of attributes from map to map

The following attributes cascade within a single map:

Of these, the following attributes do not cascade from map to map:

The @class attribute does not cascade within a map, but is used to determine processing roles that cascade from map to map. See Cascading of roles in specialized maps for more details.

Example of attributes cascading between maps

For example, assume the following references in test.ditamap:

Elements that are contained within <topicmeta> or <metadata> follow the same rules for cascading as apply within a single DITA map. For a complete list of which elements cascade within a map, see the column "Does it cascade to child <topicref> elements?" in the topic Reconciling topic and map metadata.

When test-2.ditamap is processed, the following behaviour occurs:

It is possible that a specialization might define metadata that should replace rather than add to metadata in the referenced map, but DITA (by default) does not currently support this behavior.

Cascading of roles in specialized maps

Unless otherwise instructed, a specialized topicref element that references a map supplies a role for the referenced content. This means that, in effect, the @class attribute of the referencing element cascades to top-level topicref elements in the referenced map. In situations where this should not happen - such as all elements from the OASIS-supplied "mapgroup" domain - the non-default behavior should be clearly specified.

In some cases, preserving the role of the referencing element might result in out-of-context content. For example, a <chapter> element that references a bookmap might pull in <part> elements that contain nested <chapter> elements. Treating the <part> element as a <chapter> will result in a chapter that nests other chapters, which is not valid in bookmap and may not be understandable by processors. The result is implementation specific; processors may or may not choose to treat this as an error, issue a warning, or simply assign new roles to the problematic elements.