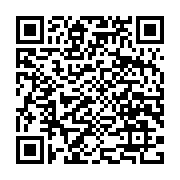 The <steps> element provides the main content of a task topic. The task is described as a series of steps that the user must follow to accomplish the task. At least one <step> element is required inside the <steps> element.

Steps with only a single step may be rendered as a paragraph rather than as a list. Two or more steps should typically be rendered as an ordered list. If all of the contained steps are simple (that is, have no more than a <cmd> element each) then the step list should default to compact. Otherwise it should be rendered as expanded (with blank lines between each step).