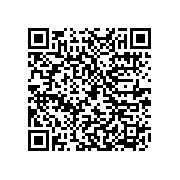 To use key references, one must understand how keys are defined and bound to resources, how a map hierarchy establishes a key space, and the interaction of keys with conditional processing.

Keys are defined within maps. Key names are defined using the @keys attribute on <topicref> elements (or specializations of topicref, such as <keydef>).

The @keys attribute in any <topicref> element can be used to define keys, regardless of any other purpose that it may serve in the map. However, common practice is to define most or all keys separately from the topic references that are used to establish navigation hierarchies and relationships. If a separate DITA map is created that contains only key definitions, it should have the @processing-role attribute set to "resource-only". The map-group vocabulary module includes the <keydef> element, a specialization of <topicref> in which the value of the @processing-role attribute is set by default to "resource-only".

A key can be bound simultaneously to several resources:

A root map and its directly addressed, local scope descendant maps establish a unique key space within which each unique key name has exactly one binding to a set of resources.

Maps addressed by <navref> do not contribute to the key space of a map tree. Maps referenced by <navref> are equivalent to maps referenced with a scope of "peer" or "external" and therefore need not be present or available at the time the referencing map is processed for purposes of key space construction.

If filtering is not done first, the same root map may result in different effective key spaces for different sets of conditions. For processors that provide sets of available keys within an information set, such as authoring support systems, keys may need to be associated with the conditions specified on their key definitions. For example, given a map that defines the key "os-name" twice with different conditions, an author may need to know both that the key has two possible bindings within the key space and what the conditions are under which those bindings are effective. It also means that processors might need both a root map and a set of active conditions (for example, a DITAVAL document) in order to correctly determine the effective key space.

A given <topicref> element that defines more than one key may be the effective definition for some of its keys but not for others. It is the duplicate binding of a key name to its definition that is ignored, not the key-defining topic reference as a whole.

Key definitions are not scoped by the map document within which they occur or by the element hierarchy of their containing map document. Keys do not have to be declared before they are referenced. The key space is effective for the entire document, so the order of key definitions and key references relative to one another within the map hierarchy is not significant, and keys defined in any map in the map tree are available for use with key references from all maps and topics processed in the context of the root map.

Because keys are defined in maps, all key-based processing must be done in the context of a root map that establishes the effective key space.

For key definitions in a submap to be included in the key space, there must be a direct URI reference to that submap from another directly addressed map in the map tree. However, if that same submap is referenced indirectly and has no direct URI reference as a backup (using @keyref without providing a fallback @href value, or using @conkeyref without providing a fallback @conref value), that reference is ignored for purposes of constructing the key space, and the definitions in that submap consequently do not enter into the construction of the key space at that point.