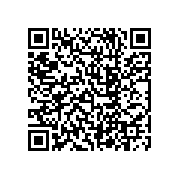 The <anchorkey> element allows an author to define a conref target that will be resolved dynamically when rendered for an end user of the content. This element is useful when doing an initial process of the DITA content prior to final rendering of the content; it allows specified keys to be preserved after that process, and conref relationships which use that key will not be resolved during that initial process.

When a keyref attribute is specified on an anchorkey element, it indicates that any conref relationships using that key will not be resolved. Applications that support run-time resolution of conref with keys will then be able to dynamically resolve this conref at display time.

There is no difference between specifying anchorkey within a map (in topicmeta) and specifying anchorkey within a topic. In both cases, processors are instructed to delay resolution of that key for the current set of information. However, the best practice is to only use anchorkey within a map. If it is specified in a topic, that topic will define a usage for the key for every user of that topic. This makes the topic less portable, because users that do not want to delay resolution of that specific key will not be able to include the topic in their information.

The keys attributes declares two distinct keys that may be used to refer to this topic (componentAconfig and commonconfig). Only the second is preserved using anchorkey. A task topic from another component may reuse steps within this topic in a variety of ways.

This example demonstrates why the anchorid element cannot reference an element with the usual topicid/elementid format. If the two anchorid elements in the example had been set to config/step1 and config/step2, then they would only ever apply in a topic with id="config". It would not be possible to redirect the key to another topic, but still preserve conref behaviors as desired.

Although it is not specifically called out in this example, it is possible to delay conref resolution for an entire topic using the key. If conkeyref on a task topic element is set to "componentAconfig", which is not delayed, the conref will be evaluated as usual. However, if conkeyref on the task is set to "commonconfig", which is delayed, resolution of conref on that element should be delayed by a processor.