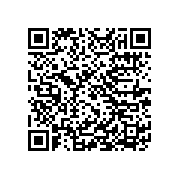 DITA depends heavily on links. The purposes for which it provides links include defining the content and organization of publication structures (DITA maps), topic-to-topic navigation links and cross references, and reuse of content by reference. All DITA links use the same addressing facilities, either URI-based addresses or DITA-specific indirect addresses using keys and key references.

Anderson, March 10 2010: changed "are generally not associated" to "are not always associated" - I think the wording was unclear, and in particular, navigation links are quote often created and typed by the role attribute as parent/child/next/previous/etc. I'm not sure if that is considered "typed" by this definition, but to me "are generally not" means most are not, while a large percentage of relationships I encounter are typed in this way.

In the abstract, link relationships may be explicit, defined directly by some type of markup in the source data, or implicit, implied by properties of the content that a processor uses to infer relationships (for example, matching the content of a <keyword> element to the title of a topic of a specific topic type). DITA formally defines only explicit links, although processors may implement implicit links.

Almost any element may become a use-by-reference link by using the @conref or @conkeyref attribute to establish a content reference (conref) relationship to another element or set of elements (see Use by reference). Elements such as <term> and <keyword> may become navigation links by using the @keyref attribute to establish a relationship to another DITA element or non-DITA resource.

DITA defines two forms of addresses for use in defining links, direct URI-based addresses and indirect key references. In all cases, the nature of the relationships established is independent of the form of address used. For example, a cross reference that uses a key reference to address the target of the cross reference is functionally equivalent to having addressed the same target by URI reference, in that the final processing result should be the same in both cases. However, the two forms of address have different practical and intermediate processing implications. See DITA addressing.

For the purposes of determining the set of dependencies for a given map tree, processors may ignore any implicit dependencies created by links within topics that are not also established by explicit dependencies in the map tree. In the case where a map includes a topic that includes a topic-to-topic link, where the linked topic is not explicitly included in the map, and the processor considers only dependencies that are explicitly defined in the map, the processor may fail to resolve the topic-to-topic link. This case can be avoided by using a resource-only topic reference in the map tree to establish the dependency explicitly. If the resource-only topicref also defines a key, the link within the topic can then be changed to use a key reference (@keyref or @conkeyref) instead of a URI reference (@href, @conref). See Key-based addressing.

Navigation links have an associated "scope" indicating the closeness of the relationship of the linking element to associated resources. See The scope attribute.

Most navigation links have an associated "link text", which is the text used to render the link so that it can be used. For all elements that allow or require link text, the link text may be specified as part of the linking element or, if unspecified, should be taken from the referenced resource. The details for how the link text for a given element should or may be generated are defined for that element type and may also be determined entirely by a rendition processor.

In the specific case of cross references created using <xref> and related links using <link>, the potential set of rules for constructing link text is essentially unbounded. Processors may, for example, define conventions for the value of @outputclass by which authors can indicate the details of how the link text should be constructed, or they may provide appropriate configuration options for controlling or customizing the construction of link text in cross references.