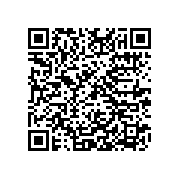 The <index-sort-as> element specifies a sort phrase under which an index entry would be sorted.

This element gives an author the flexibility to sort an index entry in an index differently from how its text normally would be sorted. The common use for this is to disregard insignificant leading text, such as punctuation or words like "the" or "a". For example, the author may want <data> to be sorted under the letter D rather than the left angle bracket (<). An author may want to include such an entry under both the punctuation heading and the letter D, in which case there can be two index entry directives differentiated only by the sort order.

Certain languages may have special sort order needs. For example, Japanese index entries might be written partially or wholly in kanji, but need to be sorted in phonetic order according to its hiragana/katakana rendition. There is no reliable automated way to map written to phonetic text: for kanji text, there can be multiple phonetic possibilities depending on the context. The only way to correctly sort Japanese index entries is to keep the phonetic counterparts with the written forms. The phonetic text would be presented as the sort order text for indexing purposes.

An <index-sort-as> element provides sort key information for the indexterm that is its parent; therefore, in a multiple level indexterm, the index-sort-as only affects the level in which it occurs.

This is an example of an index entry for <data> that will be sorted as "data":