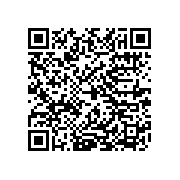 The Darwin Information Typing Architecture (DITA) 1.2 specification defines a set of document types for authoring and organizing topic-oriented information, as well as a set of mechanisms for combining, extending, and constraining document types.

The DITA 1.2 specification consists of the following components:

While the DITA 1.2 documentation does contain some introductory information, it is intended neither as an introduction to DITA nor as a users guide. The intended audience of this documentation consists of implementers of the DITA standard, including tool developers and XML architects who develop specializations. The documentation contains several parts:

The DITA 1.2 written specification is available in the following formats: XHTML, CHM, PDF, and DITA source. The XHTML version is authoritative.