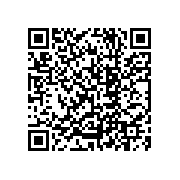 In DITA, a topic is the basic unit of authoring and reuse. All DITA topics have the same basic structure: a title and, optionally, a body of content. Topics can be generic or more specialized; specialized topics represent more specific information types or semantic roles, for example, <concept>, <task>, <reference>, or <learningContent>.

DITA topics consist of content units that can be as generic as sets of paragraphs and unordered lists or as specific as sets of instructional steps in a procedure or cautions to be considered before a procedure is performed. Content units in DITA are expressed using XML elements and can be conditionally processed using metadata attributes and values.

DITA topics are used as components of DITA maps. DITA maps enable topics to be organized in a hierarchy for publication. Large units of content, such as complex reference documents or book chapters, are created by nesting topic references in a DITA map. The same set of DITA topics can be used in any number of maps.

Next topic: The benefits of a topic-based architecture
Parent topic: DITA topics